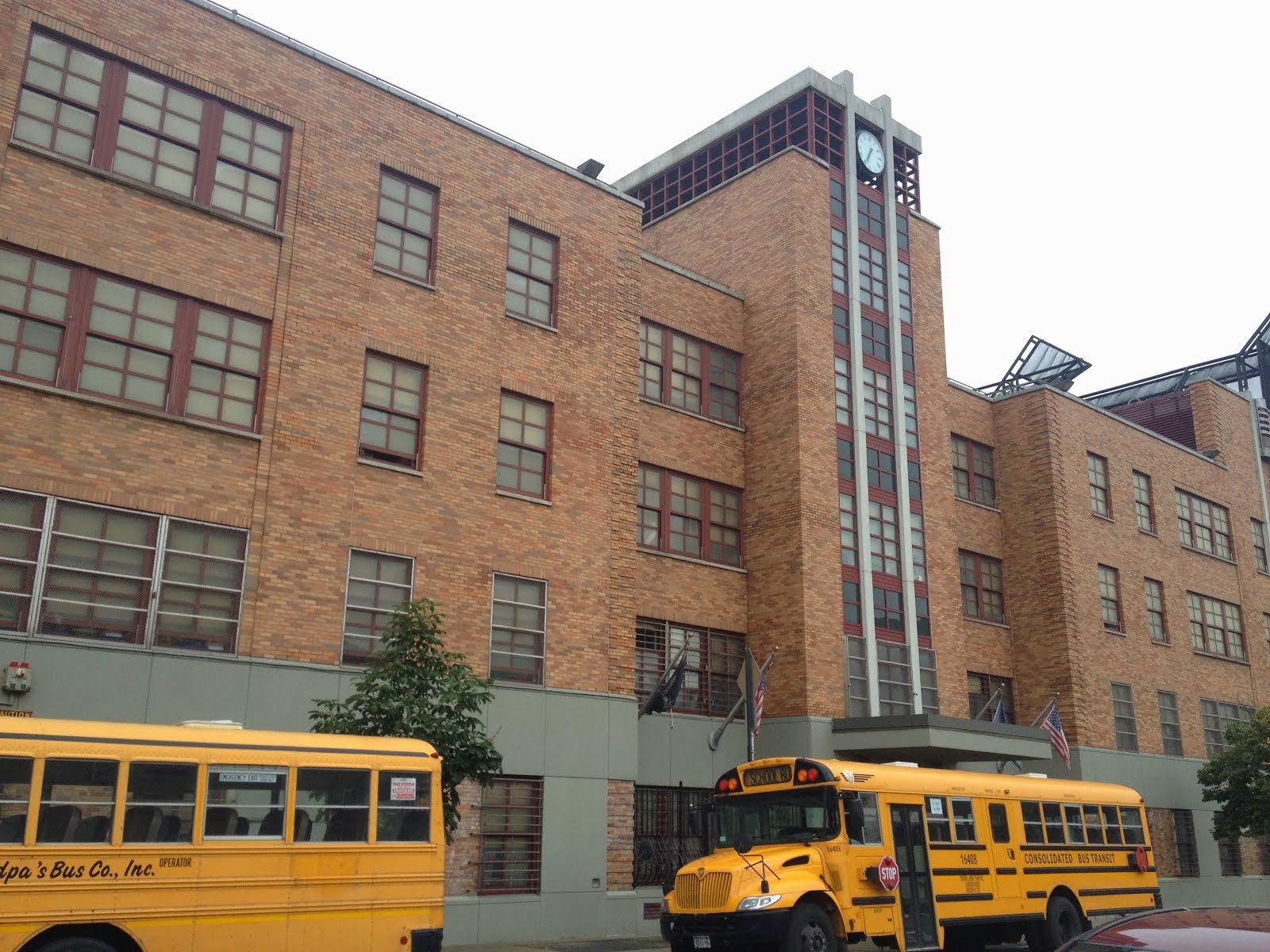 For the month of February, the PK-Kinder were introduced to the design principle of Pattern. They had heard of patterns before in my art room, but we had not created projects that focused primarily on them. They began by creating a patterned painting. We read several books about what constitutes as a pattern (line, shapes, colors) in art, then had the students begin by tracing two shapes that repeated. Tracing is a very practical skill that they will use in my  room for years to come! After they had the shape pattern, I gave them three colors of paint...one color for the first and third shape, one color for the second and fourth shape, and one color for the "negative space" around them. The students were given about 3-4 periods to finish this first project.
The next project on Pattern I decided to do a "oldie but a goodie" from the book, The Mitten. This winter tale is about a boys grandmother who sewed him two white mittens. They become lost in the snow, when of course all the forest animals cozied up inside. Our class began by tracing the mittens with a pr 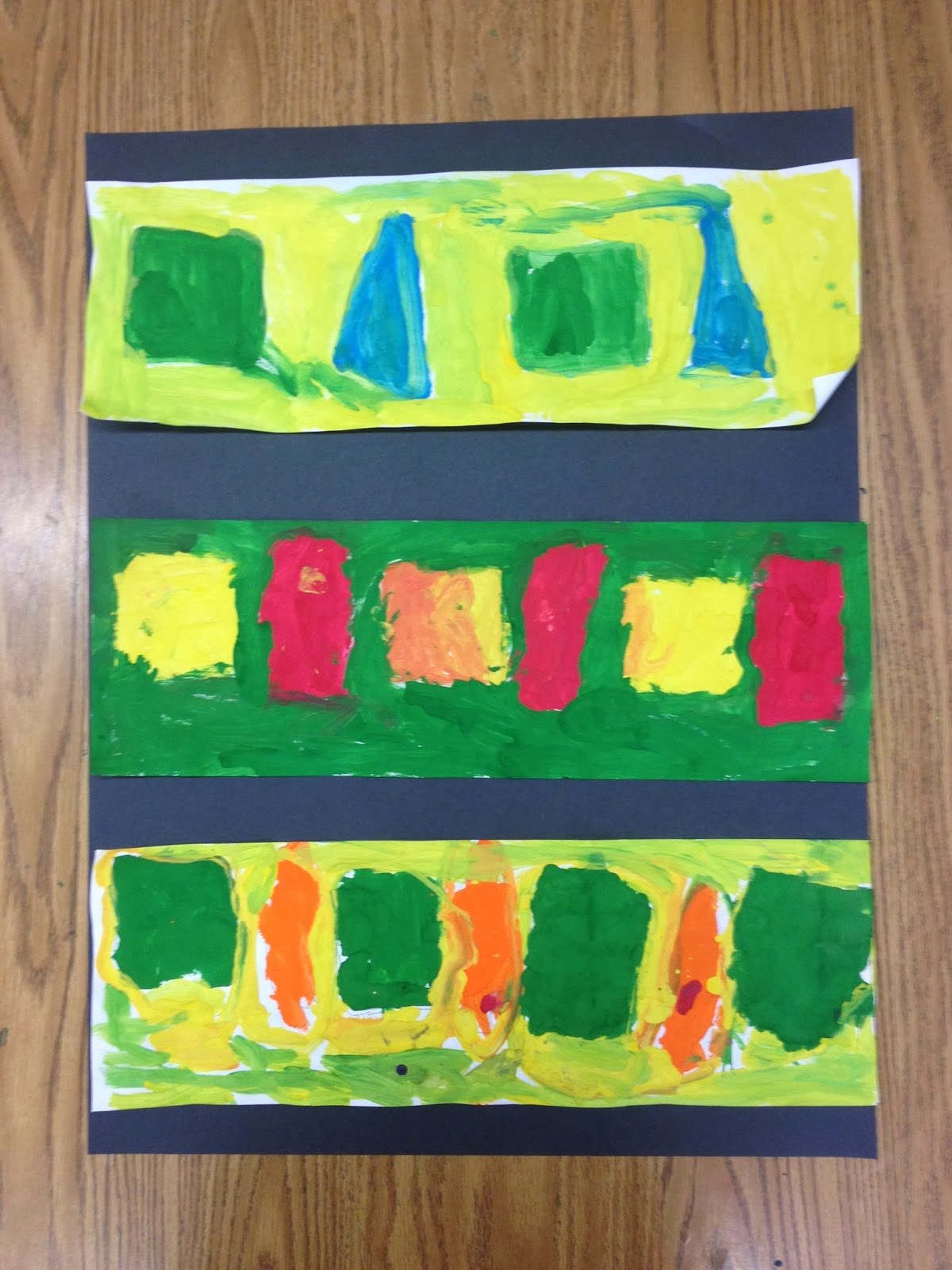 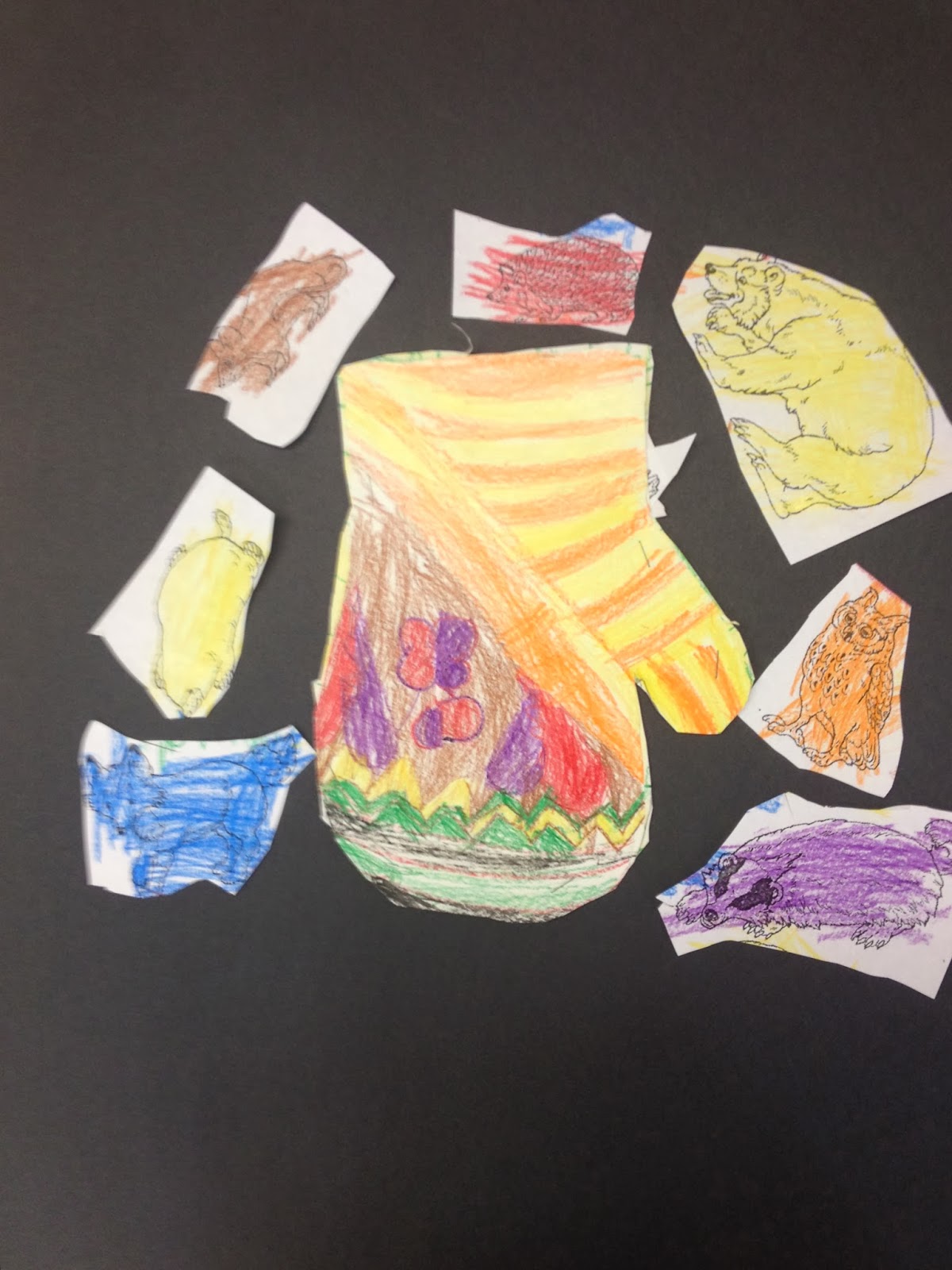 e-cut template, then coloring a forest animal worksheet. The second class was all about the patterns we would color so that the mittens will not get lost in the snow!! They focused on line, shape and color like the Pattern Paintings. On the third period, the students were given a short reminder of how to properly use scissors, then they cut out the mittens and animals. I stapled the two mittens together to save time (you can bind them with string as well), then the students carefully placed their forest animals inside. They seemed to see the connection between the fictional story and our project and did a great job! Enjoy!
Posted by BMac at 8:53 AM